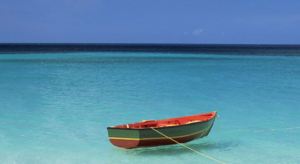 … ‘From outer space’ – as Gloria Gaynor famously warbled; and that description may be metaphorically true in many circumstances, but in this case – we just went on holiday.

I haven’t been able to sift out what to write in this blog since the few weeks we’ve been away. As most families with autism in the mix know well, it’s a daily roller coaster of emotion. But time has passed since our break and so perspective has rationalised lots of things I wanted to share. Things about being abroad; things about being with 11 other people; things about being surprised by how little I still know about how ASD is and disappointed by how much it’s still flippin’ sticks in there.

But this is The Rose’s story not mine. And something happened which just reminded me how much of the daily stuff I just don’t appreciate.

So… we were lucky enough to go on a big family holiday with very close friends and their incredible kids. 12 of us. All of us having known each other for (almost) ever. We have always done this. We know how it works. We know how we work and we slip into communal living with ease and without incident. We are so lucky.

I know The Rose doesn’t find it all a breeze though. The change of routine, a new country, smells, sounds, sharing a bedroom, new ‘rules’, uncertainty. But it’s always been this way on these trips and she LOVES going on holiday with this group, in this way. She loves the sunlight (not actually lying in it of course but the brightness). The holiday clothes. The anticipation of new things. The glamour. The brown skinned boys to flirt with. Eating out. Eating in. The safety of real friends.

Her horizons are stretched yet she is safe. It’s a dream come true.

We always get a villa with a pool and always go somewhere remote – it suits us all and of course offers the reductions in stresses we are all trying to get away from.  And because we are embedded in each others lives there isn’t too much small talk and there is buckets of laughter and ‘in’ jokes and holiday routines and habits.

It’s as easy as it can be for The Rose even though her holiday always comes with nervous tummy ache, vomiting, anxiety and anger – weeks before we go and for many days until she settles (often just before we are due to come home). This – The Rose does not inflict on others. This is for me to absorb. It’s fine. It’s how it works.

But ASD isn’t a cookie cutter condition – as you know. And The Rose is her own girl. She’s an adrenaline freak. She may worry when the car screen wash smells different but she sure as hell doesn’t worry about being at the top of Europe’s scariest fairground ride or on the back of her uncle’s big fast motorbike. She says it makes her feel alive. She loves to scream.

So when the opportunity to go wakeboarding arose she was at the head of the queue.

All the kids had a go. Many had done it before and a couple were really good. The Brother was a natural (The Rose was genuinely proud) . There were tumbles and crashes of course but they all had a ball – out on the water for three, whole hours.

We flew home the very next day but The Rose said she felt ill when we got to the airport. She didn’t have a temperature and wasn’t particularly listless. She appeared to be perfectly well but she said she was dying.

We decided she was probably just anxious about flying and as sad to leave as we all were, so we carried on. On the plane she asked me to lift a drink to her lips because her ‘wrist was broken’. She didn’t appear to be in the kind of pain a broken wrist warranted and there was certainly no sign of swelling.

She then decided her head was too heavy and I needed to ‘hold it up for her’ while she slept. I did of course but at no time did she seem distressed about the symptoms. She described her progressing illnesses individually, lovingly and with relish.  At one point she thought her spine had ‘come loose’ and that her legs were in danger of getting tangled up.

When we landed back home, she walked off the plane just fine, but while we waited for our taxi at Heathrow, she expressed doubt about her ability to chew the baguettes we were ordering, because her teeth ached.

The Rose is not a sickly child. Apart from tummy aches from her anxiety she just doesn’t get ill. I didn’t know how a really ill Rose would look or sound. I didn’t know how she would behave.  I was concerned and worried, but she didn’t seem to be.

She went to bed as soon as we got home and only got up the next day to ‘check her tan was still there’.

I made a Doctor’s appointment. We didn’t go.

Turns out; when you don’t do any sport or regular exercise because you ‘don’t get the point’ and being sweaty ‘isn’t nice, it’s disgusting’ – but are physically well, young and in need of a thrill –  Wakeboarding for three hours leads to unused muscles feeling like they’ve been kicked and poisoned.

Turns out when you’ve never experienced that before and don’t know what lactic acid is – you assume you have typhoid and take to your bed.

Who’d have thought? Certainly not me, but I know now.

And yes she stood up on the board for nine seconds but no, she won’t do it again, not unless we can guarantee her muscles won’t get grumpy.