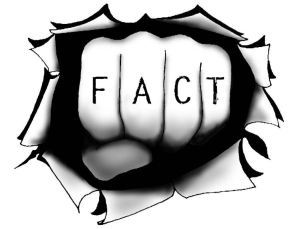 In this blog I try to catch the shards of insight which burst from The Rose like little mirrors and reflect a wider picture which doesn’t define her narrowly as simply being Autistic – but sometimes she’s just text book.

Just recently I started reading the wonderful writing of Renee Salas www.srsalas.com who is a stunningly beautiful ADS mother of three who herself does not fit the mould and is breaking free.  Renee said that no one can define ‘ASD people’ – like all of us she’s bits of lots of things. So (for example) saying Aspies don’t have any interest in other people is NOT necessarily true.

This really resonated with me – so when The Rose, The Brother and I were driving (again) The Brother remarked that he’d learned that people with ASD didn’t ‘catch yawns’ like typical people, because they didn’t empathise with the body language of being tired. Fuelled by Renee’s words I told him that wasn’t necessarily true for everyone and went on to point out how interested The Rose could be in others.

I threw this comment over my shoulder to The Rose (who was in the back seat) and asked her what she thought. I felt confident she’d take the opportunity to open up and explain her connection, her misunderstood empathy (I was misty eyed at the prospect!)  – and what she said was classic:

“I’m not THAT interested in other people Mum. I just like people facts” – I gulped. I’d miscalculated again and BAM! –  took another sucker punch. “OK” I asked “like what?”

“Well, I like that fact that Kim Kardashian is pregnant. Or that our friends x and y have lots of money and have been to Brazil, which as you know Mum is where I want to go soon apart from Mexico”.

“OK” I said “But aren’t you even a bit interested in the family?”

With a rising/sinking feeling  (you’d think we’d be used to this) I start to whine;

“But what about us? Surely what we do as a family is interesting sometimes?”

“Well I am a BIT interested; A small bit in you because you sometimes meet famous people, and I’m interested when you say we are going shopping, but nothing else really”

I feel a tantrum coming (my own!)  And desperately throw out an emotional rope to anchor me to the shore of Rose Island, which is floating away.

“But what about when friends come round for dinner or a cuppa, you often join us for a while. You seem to like it?” (Said with hugely elevated eyebrows and exaggerated  nodding of my head – like a toddler mum,potty training a reluctant youngster). The Rose replied cooly – every inch her 17 years.

“When’s that then Rose?”