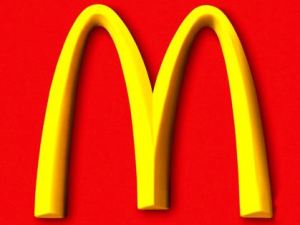 We (The Rose, The Brother and Me) drive around the countryside on Saturday’s, delivering The Brother to his extra curricular activities. The Rose comes too because otherwise she doesn’t go out.
I insist that on these journey’s we have on radio 4.
I love the intelligent non political content of these aural magazines with their easy verbal fluency.  It matches our lazy weekend mood.  I particularly love Saturday Live, with Rev Richard Cole. He’s the coolest high-brow vicar ever. Articulate, funny and secretly rock n roll in an Alan Bennett stylie.

A few weeks ago he had on his programme a brilliant guest who had Aspergers Syndrome and who was writing and broadcasting about how it was to have ASD. How it felt and how the world was to him. He was so articulate and expressive. It was like being allowed into the Magic Circle and being shown how the tricks worked.
I turned the radio up a little louder than usual, hoping that The Rose would be listening too and feeling a connection, a kindred spirit, someone who was speaking to me on her behalf, explaining and enlightening.
I was stupidly excited with anticipation. Did we have a breakthrough? Would this help her reach me?
The guy was superb. He was called Will Hadcroft and he was live in the studio with author Mark Haddon who wrote The Curious Incident Of The Dog In The Nightime, a best selling book (and play) about a boy with Aspgers.

The Rose said nothing.

We dropped off The Brother.  It was snowing. I felt close to a conversation, a connection. Surely she will have heard the broadcast’s wisdom; felt her pain being articulated; will want to develop and to share?

I seized the moment and made an irrational move – “Fancy a drive thru MacDonalds?”

This is the zenith of all things wonderful to The Rose. I’d lit her touch paper of joy. Opened an Aladdin’s cave of treasures.
Her face shone with the prospect of illicit delights.

It’s against the law in our house to pass beneath the Golden Arches. We have morals, we have standards, we don’t believe in globalisation, we expunge junk food –  we are all VEGETARIANS  for chrissakes!!!  Hell though, the shakes are brilliant and the fries! OMG the fries are to die for.

We sped like crack junkies to the hallowed ‘M’. Even The Rose, ever truthful knew that we ‘mustn’t tell Dad‘.
We were close and complicit in our naughtiness. We ordered, we waited, we trembled and then we ate.
Smiling knowingly and smugly at each other, cheeks bulging, wrapped up in our cosy car world, parked up in the snow, enjoying a rare and secret thrill, looking out on a magical Christmas card snow scene.

I decided to strike. Leverage our bond.
“Rose? Did you hear that man on the radio talking about Aspergers? ”

She looked back at me blankly, all joy gone. Cross.

And not only that-  but she took a load of photos of her food, the menus, the incriminating logo signs and her, cuddling a McFlurry and put them all over Facebook!

So much for our secret world and bonding – I am soooo Busted (hard ‘B’)!