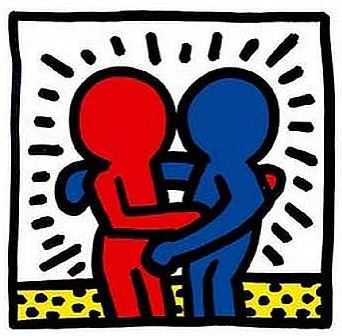 Not The Rose of course – this will forever be a guilt infested decision I made when she was diagnosed – but others.
And so, I felt that our story, (mine and The Rose’s) was no longer ours. That I had lost control of an already uncontrollable ‘thing’. That I’d lost the relief of dropping each blog into a huge lake – to dilute it and cool it. Felt that it may come back to me and that it would be bigger – hotter.

Plus –  The Rose and my relationship is far more complex than it was. It’s more difficult to spot the diamonds and the margins are forever blurring, but I’d like to pick up our story and try again and hope perhaps if those loved ones are watching …it’s ok.

On the one hand her inner self confidence has grown hugely – but her outer grown up body gets her into trouble. It’s like a firework she can’t quite control.

The daily, casual cruelty of the playground social system has given way to the occasional focused torture of instant dating hell. Nothing lasts, and everything is invested – each painful time.

BUT the best and most wonderful,  major joy is that slowly and certainly the names of her female friends (names that came and went like a sushi belt at lunch time in Soho) are starting to be repeated. I hear names which seem familiar, starting to crop up three or four times. People she is comfortable with, people who contact her and people who invite her out with them more than once.

I am only just beginning to be able to associate the increasingly familiar names with those The Rose mentions in sketchily related anecdotes.

The Rose has never been able to tell a story with the end in mind. Any situation or relaying of any event or ‘thing’ is always told minute by minute, in chronological order without any clue to the outcome. It’s like someone telling you they have two brown needles. That it cost £45. That it will take 12 weeks. That it’s blue. That there are 65 stitches. When perhaps if they started by telling you they were knitting a blue woolly jumper – the rest would make more sense!

But the two or three mates who she seems to be seeing more often have helped her be herself. Given her a tiny tribe. Given her a small mirror to peek into. Given her a sense of worth. Don’t get me wrong, The Rose shines when she is out. She is interesting, kind and funny, but she’s still learning what it means to have a friendship group.

Last week she was sitting in the kitchen and asked.

‘YES love you are’. Long pause…

Big question. I started to talk about what I thought would mean most to her but she cut me dead…

“Yes I KNOW about being kind and stuff but what do they DO?”

I hesitated – she was beginning to get irritated. I so needed to get this right. She had reached out to me and was grasping for a connected conversation but if I messed this up – she’d be furious. She needed the right (short) answer and she needed it NOW.

‘They lend stuff and they invite people to come round’ – yes, it was a surprise to me too!

I saw this startling assessment of one of the most important type of relationships humans will ever have,  being processed in her mind and flit across her beautiful face. Eventually…

“Ok, but they can’t have my teddy. And if they come around, how do I know when they’ll go home?”

I started to explain that if they were good friends then she wasn’t supposed to mind when they left (I didn’t go there with teddy), but she stopped me.

“Actually The Friend would have to go anyway because she has work at 5pm. I will ask her now “ (it was 4.30pm).