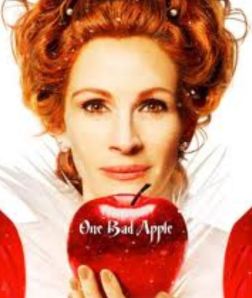 We love social media. The Rose is a big fan and participant and I am very happy that she is taking part in a wider social world – albeit virtual…and a bit scary.

The Rose gets to interact, chat, flirt (I know, I know) and feel special. She can cut and paste phrases and ideas she finds (and which she would normally find hard to articulate or construct)  and thus gets to feel less isolated and trapped. She connects with people from all over and for me… well I get to keep an eye on her.

Don’t get me wrong, I know the web is a can of worms as far as being vulnerable is concerned and I’ve more than occasionally had to sweep in and get her to amend, delete or apologise for things she’s said but it is exactly that ability to help her which make me feel happier.

It’s a fine line though, torn between my watching over her and being a voyeur. Like all of us she deserves privacy, the opportunity to make mistakes and put things straight. We all need the space to get things wrong, be embarrassing and learn or hide. But of course The Rose is busy creating her own internal ‘spreadsheet’ of options to be applied in a myriad of situations all of which is an almost impossible task to pull off without a few glitches.

Meanwhile I bite my own arm off just holding myself back from daily intervention – so it was with some alarm that I read what she’d written about me a few weeks ago.

There is a site which sets itself up for people to be asked questions. Any questions anonymously – and yes it COULD be a minefield but in my experience of it over the last year, it seems to be populated with asking about favourite songs or pop stars. Sure there are some borderline questions about snogging, but generally it’s pretty tame.

The Rose is a self styled agony aunt – rather amusingly she has a quite prudish tone on the site and doesn’t seem to tolerate any abuse or suggestions of lewdness. I’m so relived but as you can imagine I’m also fascinated by the daily flood of questions and, oh dear! – you’ve guessed it;
I sometimes ask one or two questions myself!

I KNOW. I’m G-U-I-L-T-Y. I got sucked in. But the temptation of communicating with her anonymously,  having her share a thought  openly without thinking she was talking to anyone she knew. The potential to reach her. I succumbed to the possibility of being a fly on the wall.

The Rose is a very loving daughter in her own special way. Fiercely loyal, she often answers questions about what she likes or prefers or thinks against a backdrop of what’s going on in the family at that particular time. Sometimes I get a mention and it’s usually positive.

Oh dear reader. My vanity and hubris is manifest even as I type this – but I did that TERRIBLE THING…

…I asked The Rose what her Mum was like.

Or more accurately as anyone with an ADS child will know, more specifically: What colour hair did I have and what did I last do that she liked?

I got this answer

“My Mum is an outsider”

I was stunned. Not only was this a spiritual, non factual answer but it made me think her insight to me was more powerful and more deep than I had ever given her credit for.

I love people, mates and social interaction. I love words, ideas, intangibles, abstract disussion. I rate emotional intelligence and gut feel right up there with the ideals of Mother Teresa and Mahatma Ghandi. I want to belong. I’m not an outsider – am I?

What did she see?

I was apoplectic. Did she observe my friends not really being friends with me at all? Were they all laughing at me behind my back? Did she think I was false, shallow – pathetic?

I began to attribute her with Shaman like spiritual qualities. I examined my motivation in life. I looked at myself critically for the fake, weak person I clearly was. I appraised everything I held dear. I tied myself in knots.

I was worried that I was setting her a poor example. If she thought I was an outsider then she must feel even more isolated than I imagined.

I had to go back to the site and ask her what she meant.

It was almost two weeks after the post, so I set the scene carefully so she’d recall. I apologised if it was difficult for her to explain, but I asked her what she meant that her Mum was ‘an outsider’

“Oh she likes doing sporty things outdoors, like camping and bikes. Why are you asking about my Mum? You are supposed to ask about me!”

I’ve learned my lesson. Of course it’s all about you The Rose. Always has been. Always will be.